What do Mark Cuban, Barack Obama and Donald Trump Have in Common

What do Mark Cuban, Barack Obama and Donald Trump Have in Common?

I was at an event today and the task was to locate the top 3 people you follow or leverage as mentors, and highlight what you admire about them.

In general as an entrepreneur I like to read about their business principles, life lessons, success strategies, spiritual revelations and philosophies.

One of my favourites, probably because Shark Tank is one of my favourite shows and has been since it aired – is Mark Cuban. To look at him as the owner of the Dallas Maverick’s you can get the impression he lucked into something as a jock.

But I was surprised when I learned of his deep history in technology – an industry I have been in forever, and the foresight he seems to have with his vision.

One of the coolest tools out there is are ones such as wayback for retrieving the look of websites and archival of content, and this post that Mark brought up from his visions of how he was going to leverage his site www.Broadcast.com with Yahoo is truly remarkable.

He addresses all the angles, and questions everything with the curiosity of a child.

If you haven’t read the white paper for how Mark sold his site for over 5 billion dollars – it bears reading Mark Cuban Yahoo Vision
as an insight into the way he thinks.

He probably gets more fines than Donald Trump has earned money, but has offered him 1 million to shave his head. Donald called out Barack Obama on his birth place, and Mark stood up. If The Donald is ever in need of any money – we know his hair is worth 1 million. Think about it – what’s your hair worth? Who stands up for you?

Mark pushes the boundaries, is passionate about what he does, fights injustice and has the dream of an ideal America as he supported Barack Obama on his bid for president.

What I really like about each of the people I follow can be summed into 1 sentence – they live big, go for it, fight for a better way, and believe one person makes a difference.

So if each of us makes a difference – what are you doing to make yours? 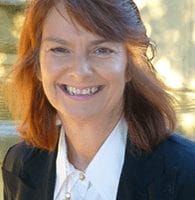 It can be as simple as raising an amazing child, or creating a vision and making it a reality.

Whatever you are doing, look at those you admire, grab the qualities you can and incorporate into your life, and join them in whatever causes matter to them, and you.

If we each did something that simple – every day we could be a part of the reversal of the state of humanity, government, education, war, drugs, environment and the planet are today.

So dig in, get your hands messy, and take a look at what you’re reading, who you’re watching and what news you’re listening to. If they are making you a better person, then keep up the great work. If they’re not, decide to do something different and make a change.

PS – If you’d like to stay connected go to www.FastActionResults.com

I hope you got some key information about What do Mark Cuban, Barack Obama and Donald Trump Have in Common and the Free Gift Giveaway and take a moment to share this post. Until next time – be sure to join my community if you haven’t already – https://fastactionresults.com/ and grab my free gift for you.