Donald Trump said “Your Fired” to Jenn Hoffman on The Apprentice and today she was hanging at my place for lunch.

We’re connected on Twitter, and started to get more acquainted when the 7 degrees of seperation kicked in, and you realize you know the same people.

Here is a picture of myself and Jenn Hoffman from Donald Trump’s The Apprentice. 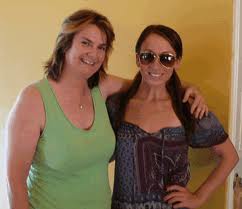 As you can imagine from hundreds of thousands of submissions, getting on Donald Trump’s The Apprentice is no easy feat.

And since my son played “Young Donald Trump” – in the Movie Trump Unauthorized – we have a habit of being interested in what’s happening in the world of Donald Trump.

She is also a columnist for OK magazine and has many other fund projects on her agenda.

Have a great week and keep on pushing the envelope.

Tracy Repchuk Bestselling author of 31 Days to Millionaire Marketing Miracles
Get your sneak peek and videos at www.MillionaireMarketingMiracles.com
The A-Z of Internet Marketing.

I hope you got some key information about Jenn Hoffman from Donald Trump’s The Apprentice is in the House and the Free Gift Giveaway and take a moment to share this post. Until next time – be sure to join my community if you haven’t already – https://fastactionresults.com/ and grab my free gift for you.