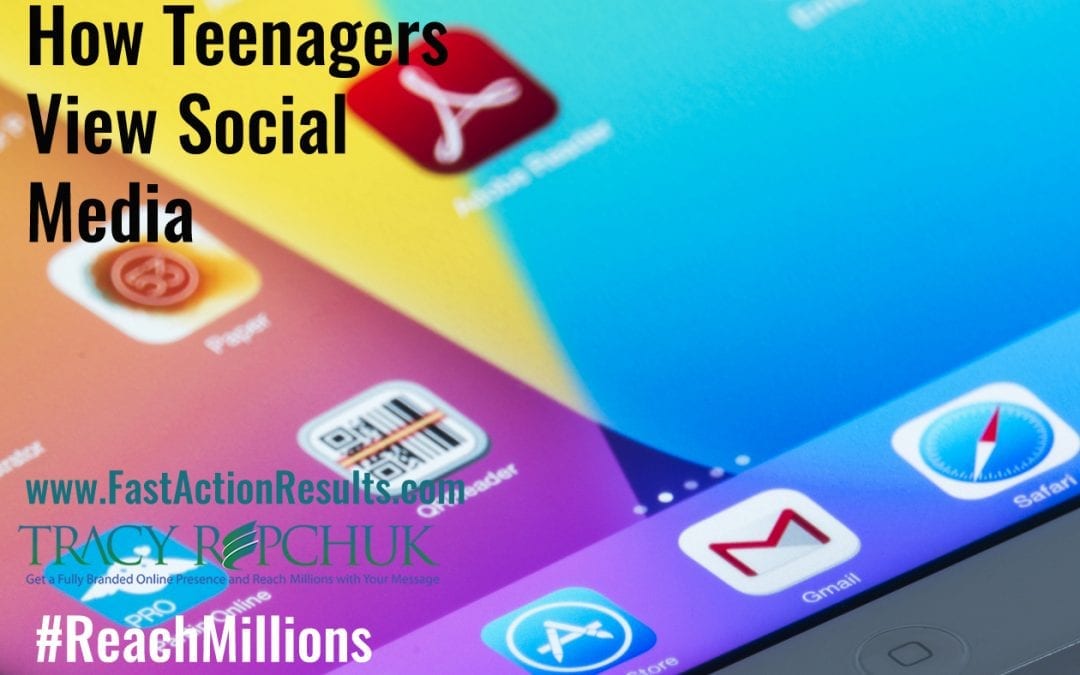 Teenagers don’t see social media through the same looking glass as adults do and yet they make up a huge part of the users. If you product or service targets teenagers you might want to know how they view social media so you can make the right social media marketing choices.

If you thought teens loved Facebook, you’d be wrong. Most would agree that it was something they enjoyed in middle grade school, but now they really aren’t fond of it. Now that doesn’t mean they don’t use it, because in one teens words it would be just as weird not to use it as it is to use it. After all, everyone is on Facebook. Teens use Facebook more for functionality like groups. They can quickly check their groups and be gone. They also tend to use Facebook Messenger and as a starting point to connect with friends and then they jump off to other apps like Instagram.

When it comes to teens Instagram is one of the most used social media apps. On Instagram teens don’t have the same kind of pressure to follow someone that’s following them. They also don’t have to worry about liking something or commenting only to have it show up in another person’s newsfeed. Teens feel the content on Instagram is higher quality and the photos are far better. In addition, adults have not flocked to Instagram and taken it over, which is essentially what happened on Facebook, so teens see it more as their own hip app.

It’s pretty common for teens to tell you they don’t understand the point of using Twitter. Of course, there’s a group at every school who are Twitter die-hards tweeting and retweeting constantly. There are three main types of Twitter users: The ones who tweet with the assumption that a employer prospect will eventually read what they are saying, the ones who use it to express themselves and complain, and the ones who look at others tweets but only post occasionally.  It just doesn’t do much for teens.

This is by far one of the fastest growing apps that teens are using. Snapchat is where teens feel they can be themselves. It’s an intimate network who don’t care that their friends see the real them. You don’t worry about comments or likes. The focus is creating the story of your day. After the photo is opened photos on Snapchat are automatically deleted and that’s why teens love it.

Yik Yak is newer, and seems pretty popular with the college crowd. It focuses on the content of your posts—there are no profiles, followers, etc. and users say it’s addicting. Whatever is funny or relevant is at the top and the rest is below. While it is not yet as popular as other networks, Yik Yak is certainly a contender and users are going to grow.

Teens want different things from social media than adults do, so if you are marketing to teens you need to keep this in mind.

I hope you got some key information about How Teenagers View Social Media and take a moment to share this post.

Until next time – be sure to join my community if you haven’t already – http://www.FastActionResults.com and grab my free gift for you.

I hope you got some key information about How Teenagers View Social Media and the Free Gift Giveaway and take a moment to share this post. Until next time – be sure to join my community if you haven’t already – https://fastactionresults.com/ and grab my free gift for you.